Postagram - Postcards direct from your iPhone?

I downloaded the Postagram app a few months back, but hadn't yet had a good 'postcardworthy' opportunity to try it out.  A two week family trek vacation finally fit the bill.  So I thought I'd do a little post about the results.


The Postagram app is built by the  Sincerely people, who also developed the Ink Cards and PopBooth apps.  It flows really well and makes it as easy as possible to quickly send off a post card. 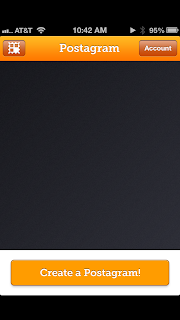 After launching you just hit the 'Create a Postagram?' button to get started.  You can also make account changes or scan QR codes on actual Postagrams. 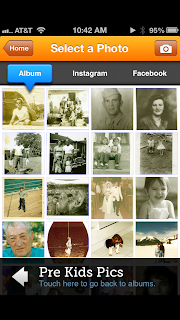 This brings you to a nicely designed photo selection screen.  Here you default into your 'camera roll' album.  You can back out and select any album on your device. 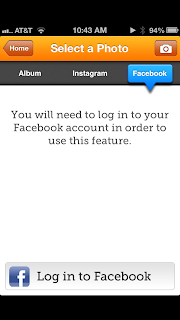 Or you can integrate your Facebook or Instagram accounts, and select photos directly out of those albums as well. 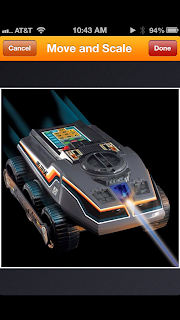 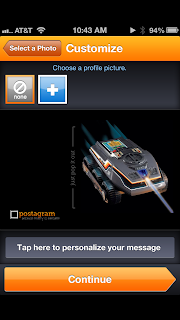 Once you select a photo, you can move and scale it to fit the photo box, and then add your message. 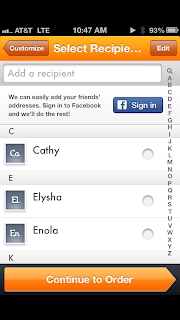 You then can select a contact to send the postcard to.  Either from your contact list, Facebook friends, or manually enter a new address.  The app will default to showing you contacts that you've sent postcards to before. 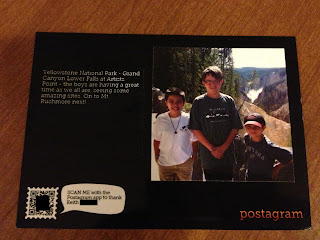 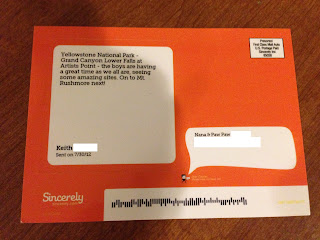 So how do they look?  Pretty nice.  The print is quite nice.  An added feature is that the photo is in a perforated square so that you can easily punch it out for framing, sticking to the fridge, etc.  I also had updates on my phone telling me when the postcards were sent, and received, which was nice.  They reached their destinations very quickly.

The only thing I'm left wondering is was it really worth it?  The price was plenty cheap at $0.99 per postcard.  They gave me a couple of freebies when I first signed up.  These days postage alone would hit you for half of that cost in the US.  It certainly was a nice way to send photos to relatives who aren't online.

My hope was that having an actual photo in hand, that came to you in your physical mailbox would recapture some of that romantic postcard magic.  But in the end, it really was not much different than a printout from Facebook, in that it's a printout of a digital photo and message that was transmitted over the internet. 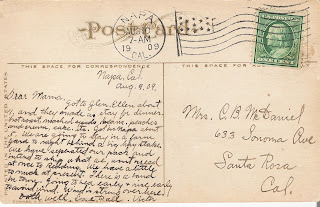 I think the key to the 'postcard magic' with a real postcard, is knowing that the card you hold in your hand at the mailbox, was actually in the hand of your Great Aunt Gladiola while she was standing at the foot of the Eiffel Tower.  That's a 'magic' that transcends years, it's the kind of thing that a grandchild might pull out of a shoe box 50 years later and marvel at the handwriting, and wonder what the trip was like.  The printed message on the Postagram card simply didn't have the same effect.
Posted by Spaten at 11:40 AM