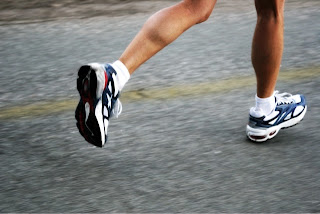 Recently a close friend of mine decided to start running using a couch to 5K program.

"Awesome!" I said.  And immediately started talking them down the road about what races they could start training for, people that might want to run with them, etc.

The response back was something like "Hold on now.  This is all hush hush. I don't want to tell anyone about it."

Confused at first, I immediately realized that their concerns were the same ones that I had when I started running 3-4 years ago.

"Well, I don't want people to see me running.  And what if they find out I'm trying to run, and end up not being able to reach my goal?"

For someone that isn't accustomed to something like running (essentially performing in public); you always feel like your being watched.  You truly believe that as you're running down the street, all of your neighbors are watching you saying:

"Oh my! Look how goofy they are when they run!" 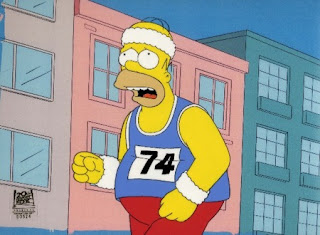 Trust me, this is NOT the case.  I realized this pretty quickly, but it still took me a few months to get comfortable to the point that I no longer worried about it. 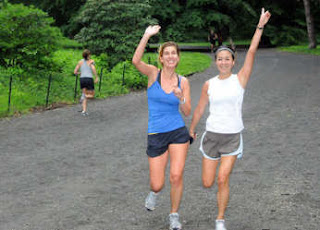 There is maybe no group of people that is more positive, encouraging, and supporting than runners.  For someone just starting out, you suddenly realize that this running thing is really, really hard.  You look at others running and think "gosh, it's so easy for them, they must think I'm a hack."  I can say with assurance, that no runner would ever think lowly of you for not reaching a target goal, not being able to finish a race, or running at a pace that you might consider "slow".  Running is hard, for everyone, even the professionals. 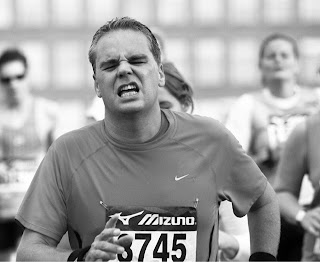 What I did realize is that runners very intimately understand that stepping out the door, making yourself feel vulnerable by 'being seen', and starting to run is the most difficult running stride you'll ever make. If you're out there, then you've conquered that challenge.  With that alone, and every time there after, you have triumphed again and again.

Why should you let the world know instead of keeping it a secret?  Because there's somebody else out there who is on the fence about starting to run, just like you were.  They're afraid of a neighbor seeing them.  They're afraid of friends finding out they have a goal of running a particular race, and then not being able to achieve it.

That other person needs to see you run, needs to know you are trying to run as encouragement.

Chances are, you may not know this person.  There are so many people that run in my town that I see time and time again, whose names I don't know.  But just seeing them out there, struggling through it is motivation enough for me. 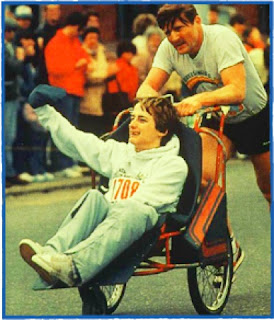 There's a woman I frequently see running in my neighborhood who has some sort of leg issue.  Her stride is quite off balance, and certainly much more difficult than it would be for someone with a normal stride.  I don't know her name, or her story.  But I see her out there running and can only think to myself that if she can power through her challenges.... than I sure can as well!

I can only hope that my running has motivated someone in the same way.

So don't hide it.  Make it known that you're taking that step.  It may be that seeing you making that effort is all that's needed to push someone else out the door to run, bike, walk, or the like.  If you can help to make that happen, even in a small part, then you have triumphed once again.