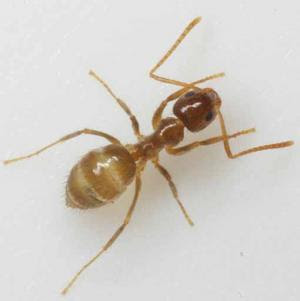 It's so hard to inflect a Macho Man Randy Savage voice into a blog title.  Yeah, now that you know what I was going for, go ahead and give it another read.

OK, It's 'Crazy Raspberry Ants' to be specific.

First, I have to say, that I have the utmost respect for the ant species.  As survivors, engineers, vicious warriors, they are pretty well unmatched.  I'd just prefer to admire them in the wild, at the zoo, on The Learning Channel.  Not in my HOUSE! 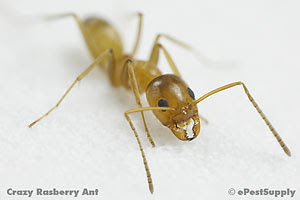 These wonderful additions to the southern landscape are not native to this land.  Just like their wonderful brethren, the fire ant.  They hitched a ride in by boat or such, and apparently love their new home.  I'd have to say that my favorite detail about these ants is that they don't really respond to any of the normal poisons.  It appears that they're just not interested in it.  It could be time to buy an anteater. 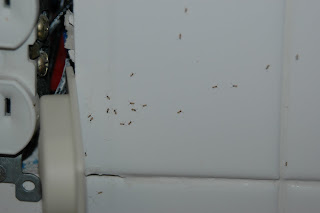 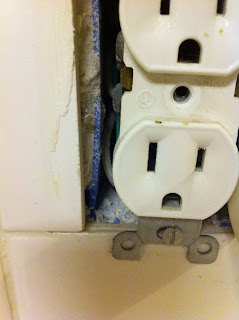 In fact, before I took this pic there was a swarm of them.  I placed a bait trap next to where they were, and even slathered it in syrup trying to pull them in.  They promptly left to go somewhere else.  BAH! You'll have to look real close at the outlet, to see one remaining ant.  They are quite tiny in size.  They have a relatively light colored body, and darker head.  They're called crazy ants because, well, they're obviously nuts.  They run around in seemingly erratic directions with no rhyme or reason when they're foraging. 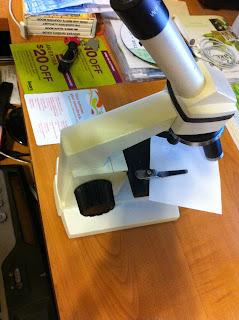 They're so tiny it's really hard to be certain if what type of ant it is.  Just to be certain I grabbed a couple and took a quick peek at it under the microscope.  And before you give me grief about having a microscope handy; Yes... every good geek has a microscope. 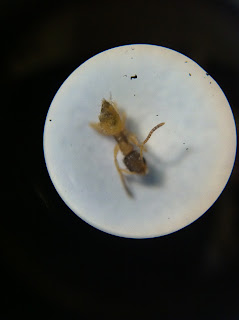 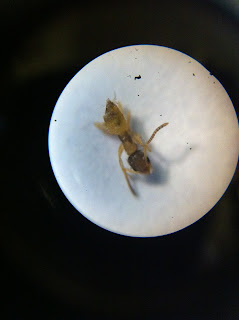 Yep, that's him alright.  I faced this critter last year around the same time.  I'm pretty certain that traps using borax based poison eventually did the trick.

Figured I should put this out here for others fighting with crazy ants.  The poison bait I used last time, and this time, is "Terro Liquid Ant Baits".  You can find them at Lowe's, etc. 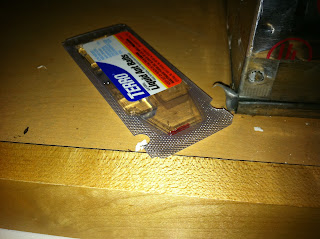 Crazy ants LOVE this stuff.  I spotted few columns of them on my front porch as I headed out this morning.  So I grabbed one of the bait packs and poured a bit of the liquid next to their path.  Within a minute or two there were a hundred or so all gathered around, eating their share. 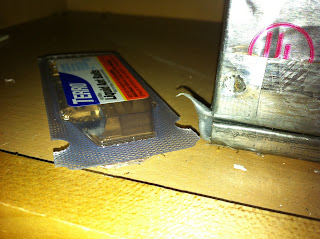 If you look close at the clear areas of the bait, you can see them inside there slurping it up!  This feeding frenzy goes on for a day or so.  Until the numbers start to dwindle.  Eventually stopping all together.  The active ingredient is essentially Borax.  So yes, you can go poke around the internet and find dozens of home recipes for a similar mixture.  This would be the sort of thing that you'd find around the house when I was growing up.  In the backs of closets, under cabinets, etc.  Usually poured into a bottle cap or such.  Given my disdain for these critters (and the fact that it is poisonous), I'll go with the pre-made mixtures and containers.
I know they work.....
Posted by Spaten at 10:39 PM