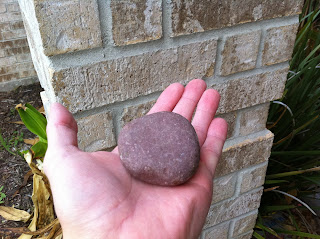 The culprit..... well, the weapon anyway.

In a text book Dennis the Menace move, my youngest fulfilled the prophecy.

What prophecy?  The one that says:


"He who has three young boys will eventually have broken windows." 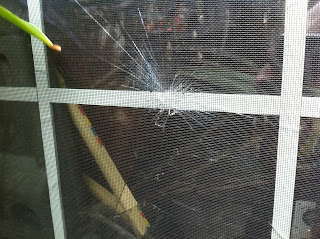 By some miracle, it hit the window directly on the plastic decorative insert.  Preventing it from busting all the way through and into the house and smashing into the back of my guitar.  Thus avoiding the realization of the second prophecy.


"He who damages daddy's electric guitar shall not see his next birthday." 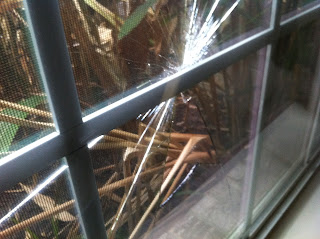 So the interrogation was kicked off.  I found the suspect barricaded in his room behind stuffed animals and pillows; visibly upset.  The 'investigation' revealed that 'we' were trying to throw a rock from the front sidewalk, into a large flower pot on the front porch, some 40 feet away.  Obviously not realizing that the window to my office was going to act as a backboard. 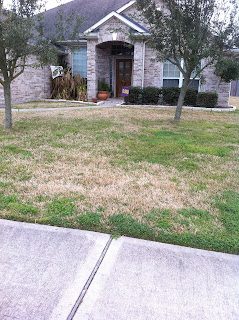 Really.... who'd a thunk anything bad would have come from this?
Posted by Spaten at 11:43 AM