Upgrade to Wii Motion Plus Controllers For Less 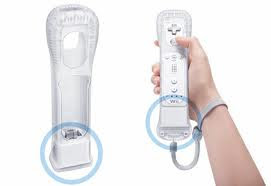 If you're like me, you bought your Wii a year or two ago.  Even then, if you planned on playing with somebody other than yourself, you had to shell out quite a bit of extra cash for additional controllers ( in my case 3 of em! ).  It didn't make me happy, but I saw it as a one time thing, not unlike buying the Wii itself. 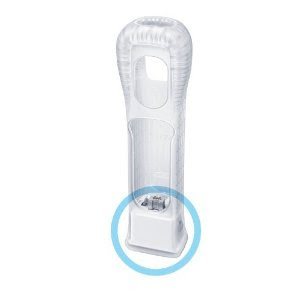 Flash forward about a year, and I started reading about the new "Wii Motion Plus".  The premise of course being more motion sensing accuracy for your Wii games.  Fantastic I said.... until I found out that it required a new piece of hardware.  At around $20 for each add on dongle.. I was looking at $80 bucks just to play a couple of new games.  Not to mention it made the already somewhat uncomfortable Wii controller even more uncomfortable to handle.  Especially for small hands. 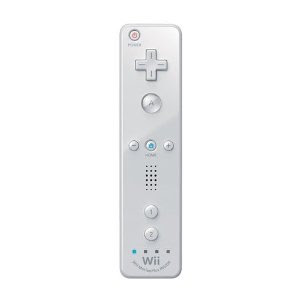 Given that there were only a couple of games that were coded to take advantage of the new controllers; I figured I'd wait it out, and see what came along.  Sure enough we eventually saw the addition of the Wii Motion Plus capability built into the Wii controllers that were being packaged with the console. The new controllers would make their way to stores soon enough.  Surely this was a better option, to have the new capability built into the standard controller.  But again, there was the sticker shock.  The Nintendo branded controllers with Motion Plus built in run around $35 each!  So I'm supposed to put out another $140 to be able to play the newest Wii games?!  And what about all that $$$ I put out for the old controllers in the first place?!    BAHHHH!  I'll wait a bit longer.....

Finally it came to crunch time.  The kids had their eyes on a new game that required motion plus controllers.  Yet I just couldn't bring myself to dropping $35 bucks on each new controller.  Even for just a couple for now.  However, by now enough time had passed that a couple of third party controllers have come to market, also embedding motion plus capability right in. 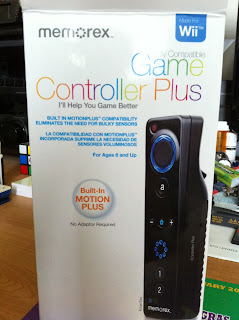 The other is made by Memorex, called a Wii "Game Controller Plus".  I found them on Amazon for as little as $23 each.  Much easier to swallow than the $35 each for the Nintendo branded ones.  Figured since I had to try something, this was the way to go.  So I ordered two to start out with, to give them a try. 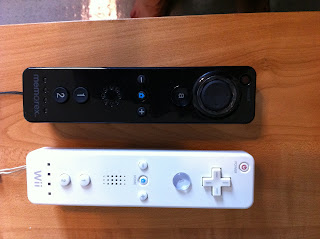 They are of course identical in size to the Nintendo branded controllers. 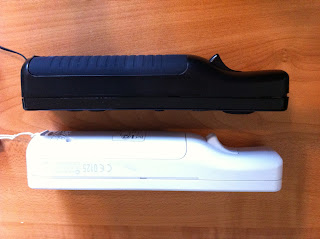 This is essential to ensure that they will work with all your steering wheels, golf clubs, tennis rackets, etc. that you've bought to clip your controllers into. 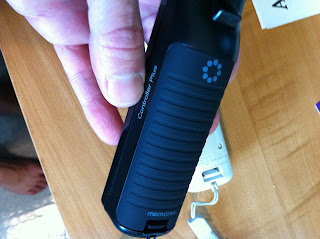 As a nice addition, the back of the battery compartment has a nice rubberized finish on it, giving it considerably more gripability.  (yes, it's a word... cuz I say so) 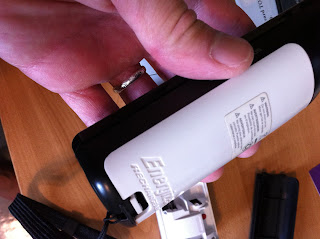 Fortunately, due to the exact size match, I was able to use my existing energizer rechargeable battery packs in the new controllers.  Unfortunately this meant they're a bit garage sale looking with the mixed colors, and I miss out on the rubberized back.  I'll take the rechargeable packs working with them, if they didn't fit I would have been none too happy. 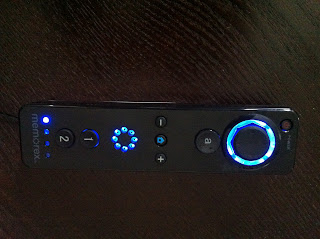 The controller looks pretty sweet with the nice blue led's on black.  And the directional pad is a bit improved with a circular button instead of the standard + shape.  Makes the in between directions easier to hit. 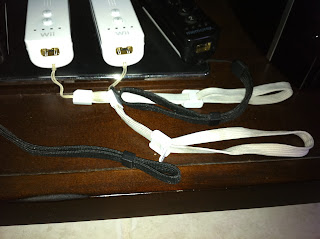 The only other drawback I found was the way the wrist strap is tightened.  The Nintendo branded controllers have that nice locking cam piece that ensures it won't slip off.  While the Memorex ones just have a freely moving slide.  The slide holds well enough.  But I do find that over time with a lot of jumping around, as happens with the Wii, it does tend to get a little loose requiring a bit of attention now and again.

Otherwise they play great, look great, worked with my old gear, and cost much less.  So far they look like a winner to me.