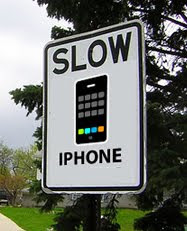 Being a geek, I have this disease that drives me to upgrade/patch/ flash every gadget I have to the absolute bleeding edge latest version available.  This has led to much heartburn over the years.

So of course, when Apple rolled out iOS4 I had to bump my phone up to it the same day.... as you may have read here and there this was not the best plan of action.

I have run into people, with iPhones, that were not aware of the new iOS and the features it added.  So briefly:

Apple rolled out a new iOS 4.0 along with the new iPhone 4.  Due to the heavier load that the new iOS put on the phone it was only slated to be available on the 3G, 3Gs, and of course iPhone 4.  The original iPhone was just deemed too slow to handle the new OS. 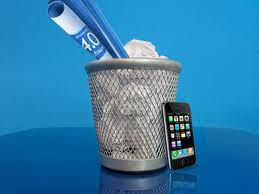 The problem I have with this is that it implies Apple did testing of their new OS on the 3G to make sure it can run on it.

So, how does iOS4 run on my iPhone 3G?.... take a look at this wonderful youtube video.  The guy that put this together feels my pain.  It is unfortunately an exact reflection of how well my phone runs these days.

So back to my previous point... am I suppose to believe that Apple, a company that is notorious for holding back to make sure that things are 'just right' before releasing new tech, actually tested iOS4 on the 3G and decided that this was satisfactory?!  Not f'n likely. 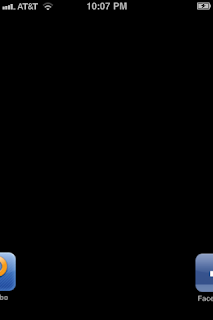 While I don't generally subscribe to conspiracy theories.  I have to believe based on my experience that Apple allowing iOS4 to run on the 3G served only one purpose, to push 3G owners to go ahead and upgrade to the iPhone4.  Dumb, Dumb, Dumb.  For every 3G user that they might push over to the iPhone4, there's likely 3 that could be pushed over to an android device out of frustration.  These are not anecdotal cases.  Go do a search for "iOS4 3G slow" and see what comes back. 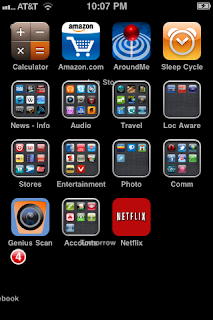 To make things worse, there is no rollback option.  At least not that most people can stomach.  If you're completely desperate, there are a few guides out there like this one that will walk you through working around iTunes to put 3.1.3 back on your 3G.  However remember, you will lose any customizations that you've made to your phone under iOS4. 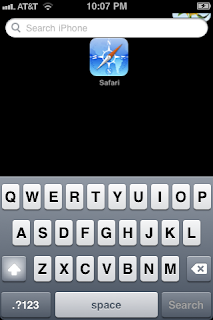 And now the word on the street is that the upcoming iOS4.1 running currently in BETA alleviates the 3G ills.  Again, I'm supposed to believe that Apple just suddenly figured out how to make that happen?!

Of course, looking back at my original point (that I'm a geek that yearns for new tech) I will most certainly be looking to upgrade to the iPhone4 soon.  This was the plan from the start.  Only difference is that now I'll be doing it with the sour taste of Apples asinine move on my mind.
Posted by Spaten at 10:04 AM