Halt your Wii's Appetite for Batteries! 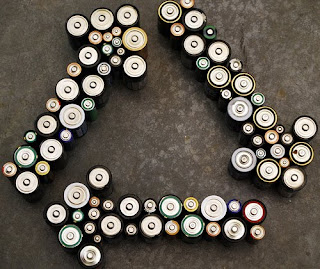 If you have a Wii + Kids, then you're burning through batteries at an alarming rate just as I was.  I knew I had to try something different, it was just getting out of hand.  Almost all of these batteries are from Wiimote usage just since the start of summer.  Like I said, out of hand! 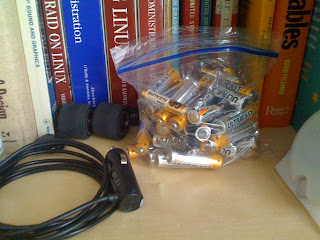 I'd been thinking about the usual rechargeable batteries, but given the rate at which they burn through batteries, I could easily see a nonstop merry go round of swapping batteries in and out, replacing rechargeable batteries that didn't make it back to the chargers with regular alkalines, alkalines ending up in chargers, on and on.  I have a hard enough time getting my boys to return all 4 Wiimotes to the place that they belong, more less get them to pull batteries out and put them into chargers.  And just for reference kids, the Wiimotes do not belong stuffed in between sofa cushions! 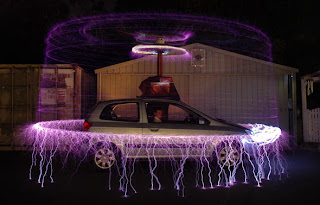 I'd seen a number of inductive chargers here and there for cell phones, iPods, controllers, etc.  But I wasn't sure if the tech had finally moved up to a reliable level.  So I set off doing my usual unnecessary level of product research.

I needed a charger that:


A quick few searches turned up the Wii Energizer Flat Panel Inductive Charger.  Of course, with 4 gamers in house, I needed one that could charge all 4 Wiimotes at the same time.  They also make a 2 Wiimote version.  The reviews were overwhelmingly positive.  There's always a smattering of people that want to give products 1 star in a review, because it wouldn't cure their acne and world hunger.  But all around the net, it seemed to be receiving more praise than damning.  So I gave it a go. 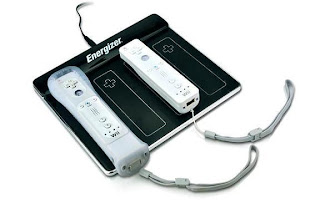 As it appears, and as it says, it's a flat panel that creates an EM inductive field to charge your device.  This of course means that you'll require a special battery pack to react to the field.  I was pleasantly surprised that it comes with 2 or 4 battery packs, depending on which charger you buy.

I have to admit, I'm more than a little concerned that there's this mat lying out in the open producing EM fields strong enough to charge batteries.  What wonderful things could my kids put on there that might transform them into paper weights?

After digging everywhere I could on the internet, I was surprised that I couldn't find anything about people bricking their cell phones, or any other electronics by placing them on the charging mat.  While I'm still uneasy about it, the fact that they obviously don't affect the chips in the Wiimotes themselves should be pretty good proof.  In my searches I did turn up that it's a bad idea to put the charger on a metal surface.  This interferes with the field and causes the charger to malfunction.  In some cases it sounds like the added resistance may end up damaging the charger itself.

Taking a closer look at the battery packs you can see that the rechargeable cells are only AAA sized and not AA.  This presumably would give less play time per charge.  But with no excuse for not charging every night, this really shouldn't be an issue. 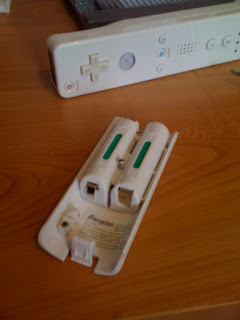 You see those two screws in there.... yeah, like I could leave those alone. 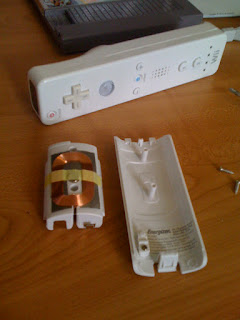 Ahhh, so that's where they put the coil for the inductance, very nice.  This may also explain why the charger doesn't affect the device internals.  With the coil so close to the charge mat, the field doesn't have to extend but a couple of millimeters above the surface to cause the needed inductance. 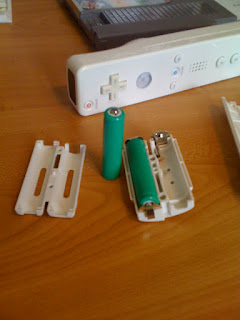 Even better, you can open the battery compartment and should be able to replace the cells with standard off the shelf AAA rechargeables. 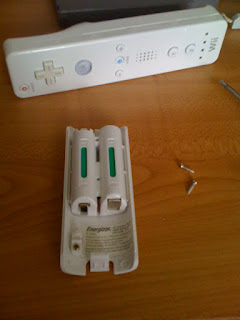 Just be careful putting it back together.  See my point #4 above! 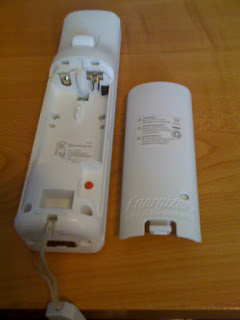 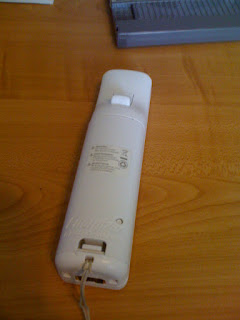 I love when people think to put smart features into something.  You'll notice they added a button to the outside of the battery pack.  Since there are only AAA batteries inside, they were able to add a 'pass through' button that when pressed from the outside of the Wiimote, presses the 'sync' button on the inside.  The whole unit just clicks in like one big battery cover. 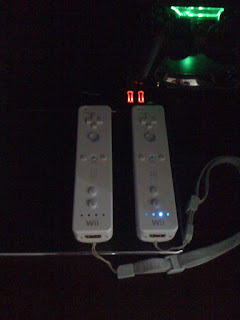 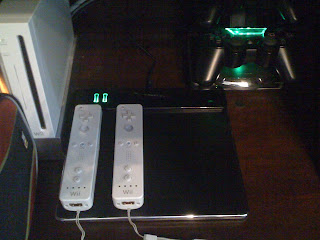 When charging, an indicator on the panel shows red, it blinks red if there's a problem.  Then once charged, you get green.  And it's a smart charger, so you can leave the Wiimotes on there even when charged as the charger circuitry will drop to a trickle charge once a full charge is reached.  And thanks to the forces on the internal coil on the battery pack from the EM field on the mat, the Wiimote is actually 'pulled' into the right position, so it's pretty hard to put it in the wrong place.

And while I'm talking about batteries, PLEASE RECYCLE!