"in the end...Apple will sell more b/c it was the first, easiest to use, & has trendy looks."

That was one of the lines in a conversation over IM today @ work.  I warned the guys involved that I was going to steal their lines.  The whole exchange was something like this: 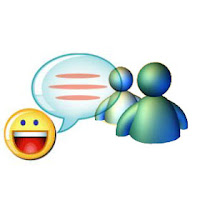 This flipped a switch and drew my focus in on what has been one of Apple's biggest criticisms related to the iPhone.  While at the same time potentially providing it's greatest strength and one of the most significant factors contributing to the iPhone's success.  The App Store.

Ever since it's inception, the App Store has been the target of condemnation, ridicule, and conspiracy theory.  From the outside, Apple seems to have some mysterious and ever changing formula, by which they decide whether an app is accepted or rejected.  Most of this criticism certainly seems warranted.

The whole approval process smells of the same arbitrary smoke and mirrors that seem to surround the MPAA film rating process.  You may or may not get through or get the rating you want.  And if you don't we probably won't give you any indication of why.

When Apple accepts and promotes music streaming apps like Pandora.  But then turns around and rejects a virtually similar app like Grooveshark, at least part of the community is bound to scream FOUL!  Equally questionable is how seemingly useful and quality apps aren't able to make it through the gauntlet that is the Apple iPhone app vetting process.  While abhorrent apps like 'Baby Shaker' somehow make it through.  I must point out that once the public pointed out to Apple just what they had approved (in their very closely regulated process?) they pulled it from the App Store.  But the question becomes, how did it get through the process in the first place?! 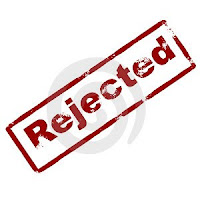 Along with the announcement of the iPhone4 at WWDC 2010, Steve Jobs tried to shed a little light, and quantitative view of the process.  He said that the top 3 reasons apps are rejected are:


I can get each of these reasons.  Not with absolute backing.  But there's enough merit in each to make it a valid requirement.  He also said that 95% of apps are approved in 7days.  Again, a very positive number.  This may indicate that all the noise around the process is being made by a disgruntled few.  But when Apple chooses to shroud the process in darkness, we have no choice but to come to our own conclusions.  Steve's statements are a start, but certainly not enough if he really wants to achieve transparency and trust within his developer community. 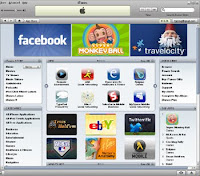 So with Apple willing to endure all this negative press and criticism, there has to be something to gain.  There is.  The App Store is ripe with thousands upon thousands of quality apps.  Keep in mind that quality and useful are not mutually inclusive characteristics.  These apps are quality in that they are sharp, innovative, clean, and most important they work.  The best part is most of these apps are priced from $10 on the high side to FREE on the low side.  Most of them are priced at the $0.99 or $1.99 point.  As for the FREE ones, well you can't beat FREE!

I've owned smartphones from the early windows based smartphone days, to blackberries, and now iPhone's.  I distinctly remember browsing through what AT&T offered in the way of BlackBerry apps on their 'mobileNET'.  I remember thinking that I had this supposed great smart phone, and the best I could come up with to download was a couple of pathetic games that cost $10!  Any applications of real usefulness were produced by mainstream developers and ran in the $30-$50 range.  Absolute insanity!  For years RIM and other manufacturers created these great mobile devices.  They put them out there, and then seemed to just wait for developers to fall in line and magically create a rich development community and applications to follow.  With no established market, no incentives from the manufacturers....well......nothing happened.

It was at this same time that the Apple App Store had planted seeds and was actively cultivating the App store we know today.  An App Store that is arguably equal to the hardware, if not the greater part of the equation that makes up the iPhone's success.
Posted by Spaten at 11:05 PM