Warcraft Auction House To Go - Because I Need My Addiction On The Run!

The introduction of the Warcraft Armory app for the iPhone was pretty cool, checkout my characters gear, see what upgrades I can work towards.  Even test putting together talent builds and checkout the guild in game calendar.  But really, it mostly amounted to a novelty that grew old after awhile.

Flash forward to now, and Blizzard has put the hook in the app.  This past week an update to the WoW Armory App was pushed out to iTunes, and with it came mobile access to all your auction house needs.  It appears that at the moment it's running as a Beta service on most realms.  If you cannot access your realm's auction house, give it a few days, mine appeared after 4 or 5 days.

In this Beta test phase access is fully functional and free.  I say free because the intent is to eventually charge for the full premium service with a 'lite' version available for free.  According the the official site it'll be called "WoW Remote".  The service will be accessible through either the iPhone App, or through a web site version.

The free version will allow you to generally view everything, and even receive real time notifications when items sell or expire, or if you are outbid on an item.  You'll have to pony up $2.99 / month if you want to be a Warcraft day trader from your phone or work environment; where logging into the game might not be an option.  Not that I'd ever consider such a thing.

Complete Beta details and more FAQ's can be found on the Blizzard support site here.

a few screenshots for now.... 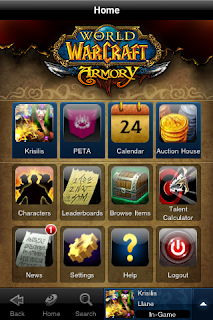 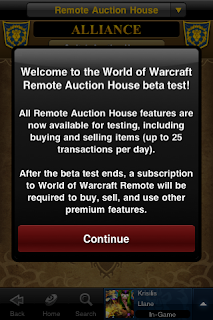 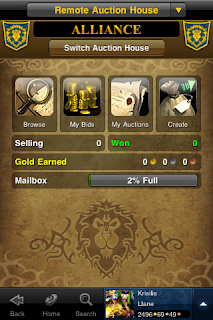 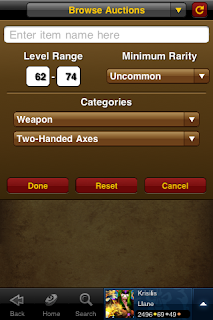 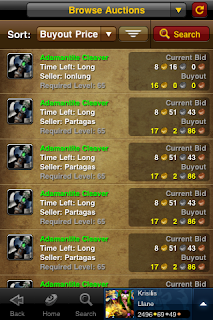 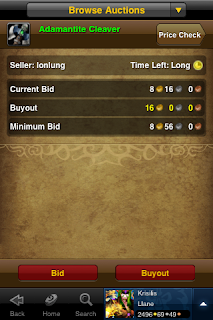 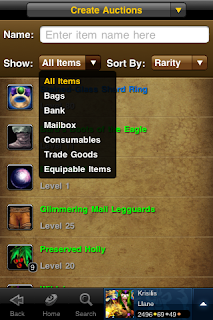 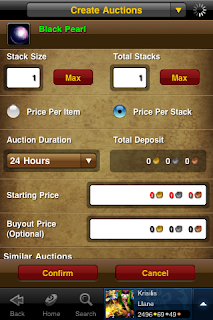 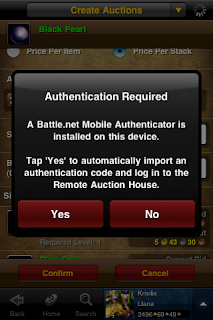 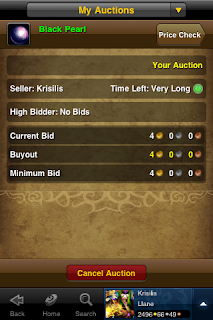